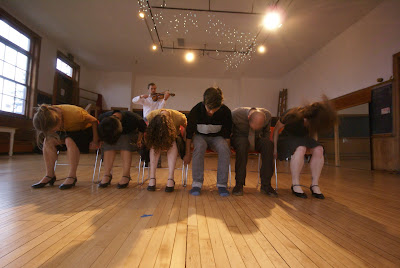 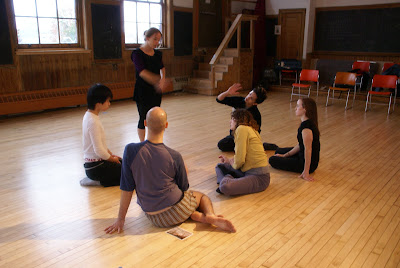 Sutie Madison (co-founder and artistic director) is the brainchild behind this unique performance piece. Madison states that “Although TS is a great challenge in my life there is a worthwhile advantage to this disability and, in fact, to any disability. I want to give others like myself a voice that doesn’t necessarily beckon pity but rather nudges one to question their own pre conceived notions about people with disabilities.” 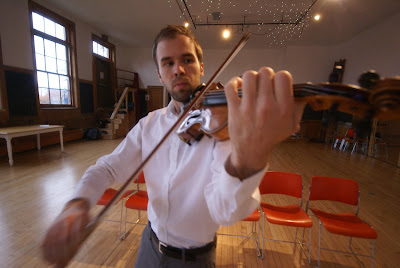 The work will be scored by indie legend, Peter Adams, known for what he calls "lo-fi neo-psych folk-punk and hi-fi avant-garde post-minimalist music". Adams also attends and scores each rehearsal. 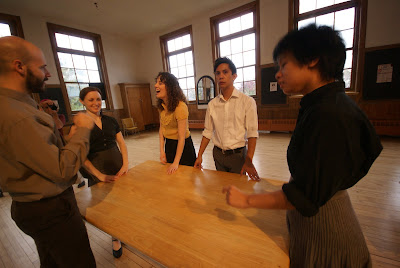 I had the priviledge of sitting in on one of her early rehearsals which was an infusion of Adam's music, and the collective brainstorming of the choregrapher and the dancers. The rehearsal process in which Madison prepares her dancers for the performance is very organic. Madison spoke with her dancers about the connection between TS and OCD. She asked the dancers to interpret an adjective that defined life with TS. She asked them to choose a number and that would be the number of times they would have to stop dancing to wash their hands in a basin at the edge of the dance floor.

Awestruck, I watched as both of these fixations played out in front of me. The dancers struggled in attempts to focus on their short evocative pieces while also being disrupted by long interludes of hand-washing. The exercise had a definite effect on the dancers' psyche and completely emersed them in the experience. As an audience member, I was very moved by the willingness of the dancers to explore and translate so well the difficulties of living with the illness. 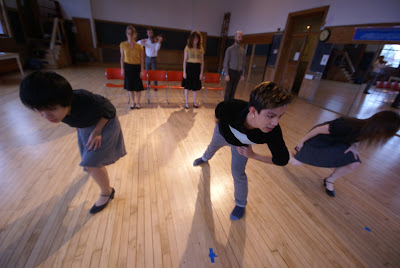 There are still many weeks of rehearsals, some of which I hope to attend. Intersection: Tourette Syndrome will be premiering December 16th & 17th at 8pm at the Community Education Center, 3500 Lancaster Avenue, Philadelphia.

Tickets are $10 for the general public, $5 for students.

Posted by bttrflyscar at 8:19 AM

Email ThisBlogThis!Share to TwitterShare to FacebookShare to Pinterest
Labels: band of artists